It has long been said that there is a time and a season for everything that takes place under the sun. A time to plant and a time to reap. A season to labor and a season to rest. Fortunately for the great American worker, we spend our time trying to envision every season of danger that might threaten the workplace. The threats are many and they come in a variety of different forms. Fire, electricity, water, chemicals and good old fashioned machinery in action hold the potential to cause great harm. That’s why appropriate signage can serve as the first line of defense when a lack of training or common sense comes into play. It might sound simple, but don’t underestimate the value a good sign in the right place at the right time.

Specific Threats in the Workplace

For every season of danger in the workplace, we’ve done our best to come up with the appropriate signage. Let’s just take one of man’s oldest foes for example. Since two cavemen learned how to make a spark, fire has brought both good and bad throughout the history of humanity. So we are here to prevent the bad with this array of Fire Fighting Signage. You’d think you wouldn’t have to tell someone not to smoke around a tank of liquid oxygen, but best not find out you’re wrong. Warning employees of the risk of fire and explosion is simply workplace safety 101.

Then we have one of man’s newest foes. Sure, electricity has been dropping out of the sky long before Ben Franklin put a key on a kite, but modernity has been able to harness in ways unthought of before. The risk for massive electrical discharge hazard and as such, we’ve developed this offering of Electrical Signage. Again, you shouldn’t have to warn someone not to enter an obvious high voltage area, but we all have those employees for whom many a policy has been written.  That’s why we’ve also created a host of Hazardous Material Signage. Since mankind got its first chemistry set for Christmas we’ve been cooking up some pretty funky materials. Giving your employees a heads up as to what they are dealing with is likely a good idea.

Operational Safety in the Workplace

In addition to harnessing some of mother nature’s finest to work on our behalf, humans have also created some pretty awesome machinery that enables the modern world. These machines are a literal amusement park of danger. So we’ve developed some pretty straight forward Operational Signs to make sure you employees go home with all their fingers and toes at the end of every shift. Moreover, because of everyone’s favorite employee with a void of common sense, we’ve even included some with pictures of hands getting smashed to drive the point home.

Finally, hazardous machinery and mother nature are not the only threats posed in the workplace. Sometimes it is our fellow humans with dastardly plans that we have to worry about. Truthfully, there is no one method that has seemed to be able to deter a bad guy intent on doing harm. However, you can make yourself a harder target than the next guy. That’s why we also offer these Video Surveillance Security Signs. Most bad guys are looking for easy prey and reminding them that they are on candid camera has been shown to deter illicit activity.

So there you have it. We’ve done our best to come up with a safety sign for every season under the sun. But let not your hearts be troubled. If for some reason we have failed to anticipate the specific threat your employees face, then just reach out to us and we’ll create a custom sign options just for you. For over 70 years we’ve been keeping the great American worker safe and we’ll leave no stone unturned to keep your workplace safe. 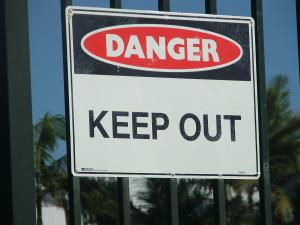 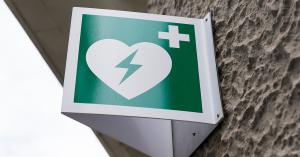 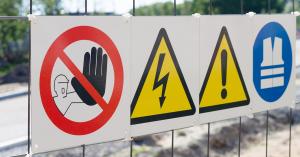 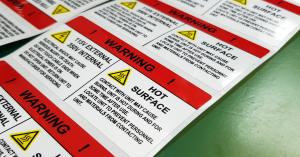